Mitral valve prolapse is the most common cause of mitral regurgitation today. Mitral insufficiency is caused by elongation or rupture of the tendon chords or small strings that control the movement of the leaflets during valve closure. In case of prolapse, the mitral valve does not close normally, which causes the blood to return to the heart atrium during the heart muscle contractions – that is, it causes mitral insufficiency. This blood lag in the heart over time puts additional stress on the heart muscles, which expands and loses strength. Over time, enlargement of the atria in case of mitral valve prolapse results in arrhythmias, most often in the so-called absolute arrhythmia.

The functional durability of the reconstructed mitral valve is exceptional. In case of mitral valve prolapse (degenerative disease), 90 to 98% of valves are functional 20 years after surgery. 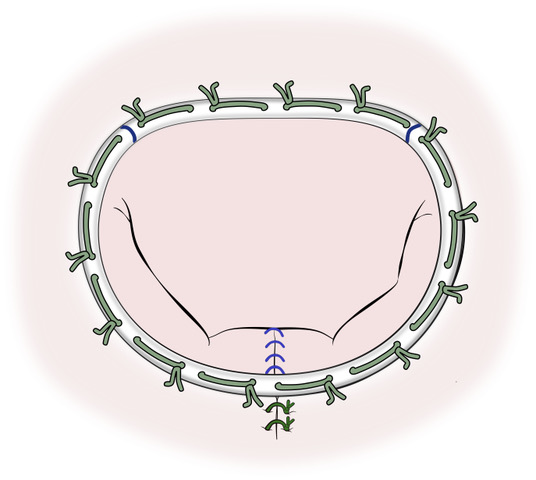