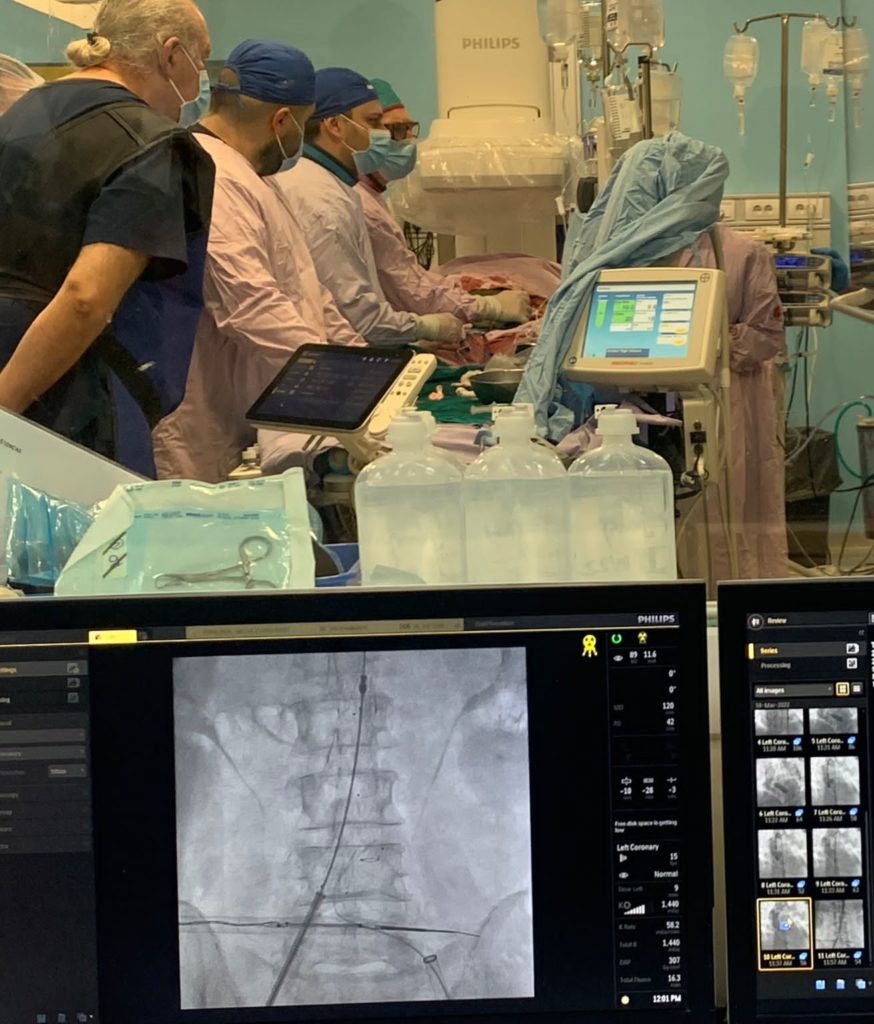 With the opening of the new, “space-equipped” building “Dedinje 2”, with the hybrid hall they wanted so much, new challenges opened up for the doctors of the Institute for Cardiovascular Diseases “Dedinje”. Not waiting for the passions and excitement to subside after the first feats achieved in the new premises where they performed 21 open heart surgeries in just one day, thus breaking the European record, and shortly before that they performed 10 TAVI aortic valve replacement procedures in one day and together shared the European throne with the Leipzig clinic, the medical teams of the Institute decided on one “medical simultaneous”. Today, for the first time in Serbian medicine, a 85-year-old patient was implanted with the aortic valve TAVI and endoscopically resolved aortic aneurysm aneurysm (EVAR) in the same procedure. The team that performed these procedures simultaneously included Dr. Darko Boljević and Dr. Mihajlo Farkić who performed the TAVI procedure, Dr. Dragan Sagić, Dr. Vladimir Kovačević and Dr. Vladimir Mihajlović performed the EVAR intervention. The anesthesia was led by Dr. Marina Lukić. The members of the team who prepared the femoral arteries were Dr. Miodrag Ilić, Dr. Milena Genčić and Dr. Aleksandar Babić.

The look of a hybrid hall

– This is the first hybrid intervention of this type performed in Serbia, which solved the patient’s severe aortic stenosis, and which was not operable due to the very calcified, so-called porcelain aorta, which did not allow the use of classical surgery. In the same act, the aneurysm of the abdominal aorta, which threatened to rupture, was resolved, with a potentially unfavorable outcome. We continue at the same pace, with fantastic TAVI solutions, and with combined procedures in the new hybrid hall, which especially inspires us with its technological possibilities – said Dr. Darko Boljević after the first simultaneous procedure of this kind in Serbia.