The best businessmen and participants in social life in Serbia were presented with the “Captain Miša Anastasijević” awards at the Rectorate of the University of Belgrade. Recognition for creative work and life’s work was presented to prof. Dr. Milovan Bojić, director of the Institute for Cardiovascular Diseases “Dedinje”. Presenting the rich creative work of prof. Bojić, it was difficult to list everything that he has achieved and given to Serbian medicine in his work so far through his pedagogical, teaching and professional career. As the crown of his exaltation, the magnificent building “Dedinja 2” was recently opened, as the most modern cardiovascular institution in the wider region, because, as laureate Prof. Bojić says, “with what we have now and what we know and can – only the sky is the limit.” . The words of welcome to the laureates and their guests were sent by the Vice-Rector for International Cooperation Ratko Ristic, the President of the Assembly of the Serbian Chamber of Commerce and the President of the Union of Employers Milos Nenezic, the poet Pero Zubac and the President of the Jury prof. Dr. Radovan Pejanović. This year’s recognition, named after the great Serbian benefactor and businessman from the 19th century, Captain Mišo Anastasijević, was given to prominent individuals and institutions whose actions have left visible results in strengthening the prosperity of the City of Belgrade and Serbia. Among the twenty-two laureates were successful names from the world of medicine, science, entrepreneurship, economy, sports, socio-economic and socio-political activities, culture and art, among whom are prof. dr Mirko Kerkez, university professor at the Faculty of Medicine in Belgrade, prof. Dr. Zoran Perišić, Director of the University Clinical Center Nis, prof. Dr. Vesna Turkulov from the Clinical Center of Vojvodina, Dr. Vesna Mijucic from the Blood Transfusion Institute of Serbia, Dr. Mile Bugarin, Director General of the Institute of Mining and Metallurgy Bor, Bojan Kekic, President of the Executive Board of the Postal Savings Bank, Ivana Vuleta Spanovic, world athletics champion, Olivera Kovacevic from RTS, Bojan Sudjic, maestro of the RTS Symphony Orchestra, Bora Dugic, musician and composer, Dusan Bajatovic, general director of Serbia Gas, Zeljka Cvijanovic, Prime Minister of Republika Srpska, Milos Vucevic, mayor of Novi Sad and many others. On behalf of the Serbian Chamber of Commerce, Milos Nenezic thanked the laureates for everything they do for Serbia and its citizens and called on them to continue their contribution in order to make Serbia a better society and keep young people in their homeland.

On behalf of the winner, he thanked prof. Dr. Milovan Bojić. -If we are already destined in advance that we cannot live long, then we will leave something permanent with which we will testify that we once lived. We are alive as much as they mention us, by deeds or weeks, by the results we leave. Results alone do not have to mean much, but it would be good to mean and radiate good. Great is not always good, but good is always great. The tragedy of life is not always how much one fails, but how much one misses. Today, you have rewarded those who did not miss their lives, but deeply woven the most beautiful part of themselves into the foundations of our social community. This award, of special name and significance, is for us an obligation and inspiration for a new personal and collective effort for the good of our people and our beautiful Serbia – said Prof. Bojic. The awarding of these valuable prizes is the crown of the “Road to the Top” project, which has been held for twenty-two years, under the auspices of Novi Sad’s “Media – Invent” and the University of Novi Sad, as well as the Serbian Chamber of Commerce. Pero Zubac presented the project “From Captain Miša to Nikola Tesla”, and Vlado Markanović from Media-Invent, promised that by next year everything will be prepared to establish a great recognition that will bear Tesla’s name. This solemn gathering in the Temple of Education, where recognitions were awarded at the national level, was preceded by the awarding of prizes at the local level, which also bear the name of our prominent entrepreneur, Captain Mišo Anastasijević. 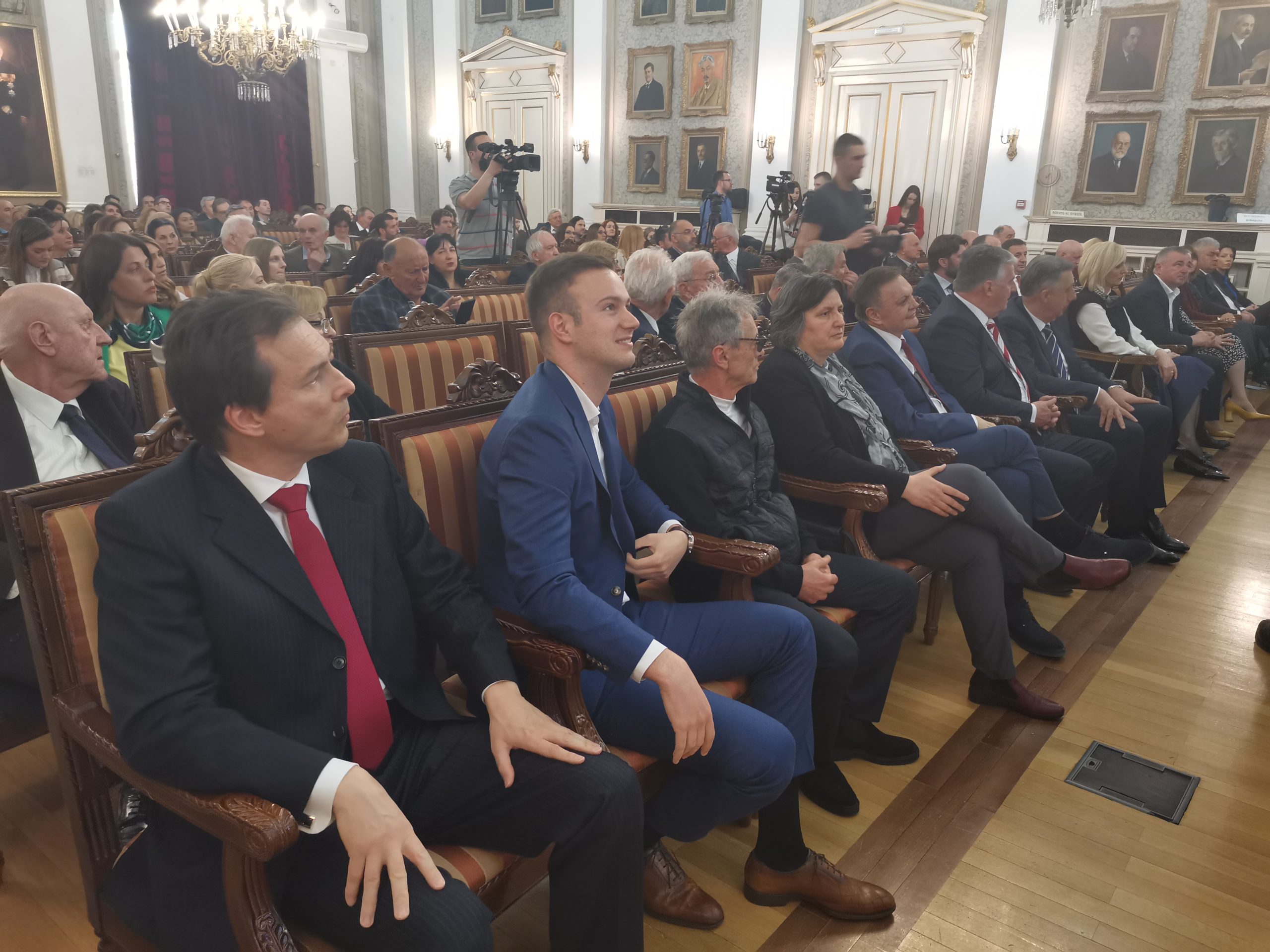